Travelling over to Europe with Team Canada was yet another amazing and unforgettable learning experience. These trips never seize to surprise me with a curve ball with their ups and downs. 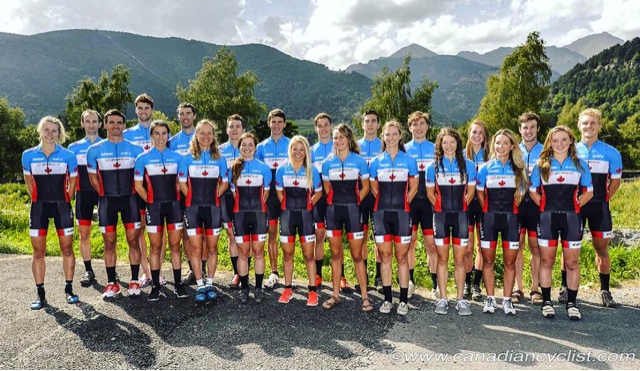 First of all, Vallnord, Andorra is one of the most beautiful places I have ever been to! The race venue was on top of a mountain with a 360* view of enormous mountains. It felt like we were riding in the clouds... and we actually were a lot of the time! 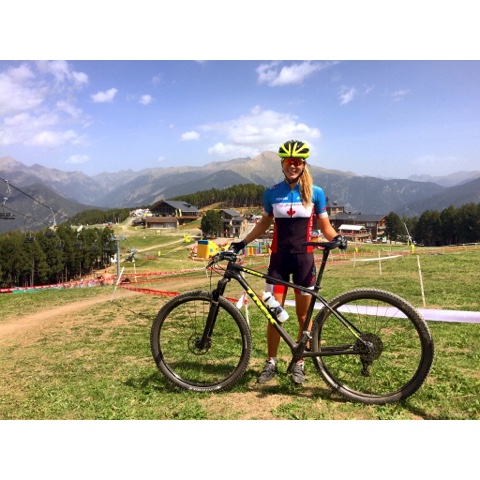 Heading into race day, I was feeling on top of my game. I quickly felt confident on the hilly, hard-tail favourable course and I felt on form... Ready to have a killer race!
But, race day morning that was the exact opposite of how I felt.
I woke up with awful stomach pains, and once I headed to the washroom I begun to feel like I was blacking out. The next thing I remember is waking up on the bathroom floor in a cold sweat, ears ringing, head spinning, and more pain in my stomach. Freaking out, I got up to go back to my bedroom, only to wake up again from being passed out on the hallway floor. It took me a while to gather myself to go find a coach for help.
For the next 2.5 hours leading up to the time when I had to depart for the race site with the team, I was under coach supervision. I couldn't stand up for more than 1 minute without passing out, causing my ears to ring and cold sweat to begin. I eventually took an Advil which helped the stomach pain, and my fainting slowly started to go away. I rushed up to my room, got kitted up in 5min, and left to race site with the girls.
At the race site, I was allowed to start a warm up on the rollers under coach supervision. I wasn't blacking out anymore, but I felt very dizzy and not "with it". The national team coaches were telling me to make a decision if I was going to race or not, and they made it clear they didn't want me to start. After talking to my parents, and they gave the coaches permission to let me race, I got into the starting gate just as they begin to call people up to the line. 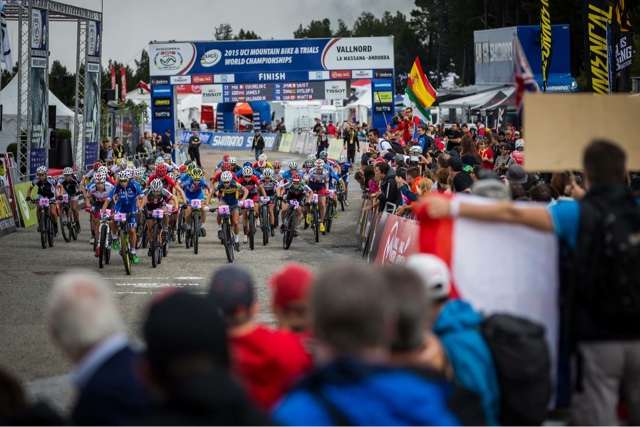 Despite feeling awful, I tried to refocus on the line to still stay in the game for my maximum race potential. However, once the race was underway, I really started to feel my sickness. I felt myself almost pass out and vomit several times before I pulled out at the feed zone, almost done one lap. 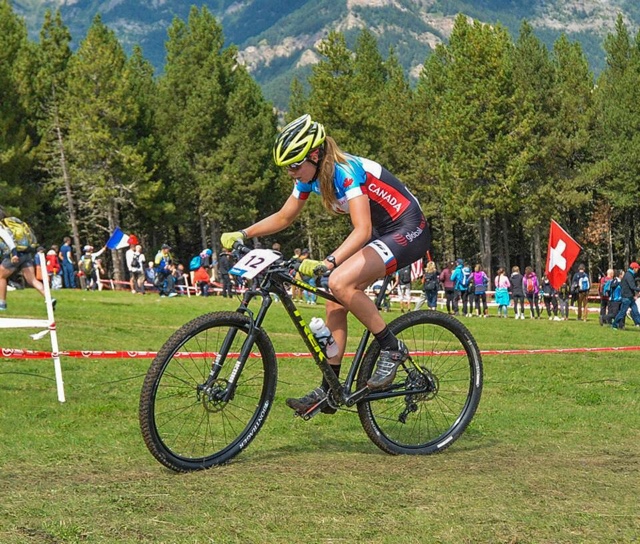 I sat there for 30min unable to move without feeling like barfing, just trying to grasp the idea that all I've trained for this year got flushed down the drain by things I can't control.
Of all the days of the year, the day of World Championships would be the worst time of the year for me to get the stomach flu. Nobody else got sick, I ate all my usual food, and I was more than prepared to race my best.
It's easy to sulk around asking, "Why me? Why now?" but the reality is that bad luck happens. However, my disappointment definitely isn't going to impede my motivation! You have to able to move on from whatever is getting you down or trying to hold you back, in order to maintain focus and comittment. May it be an uncontrollable stomach flu, a controllable mid-race face plant, or anything else.
The Juniors  of team Canada had some outstanding results!! I was so proud of my team mates, as well as the U23 and Elite Canadian riders. #CanadianTough 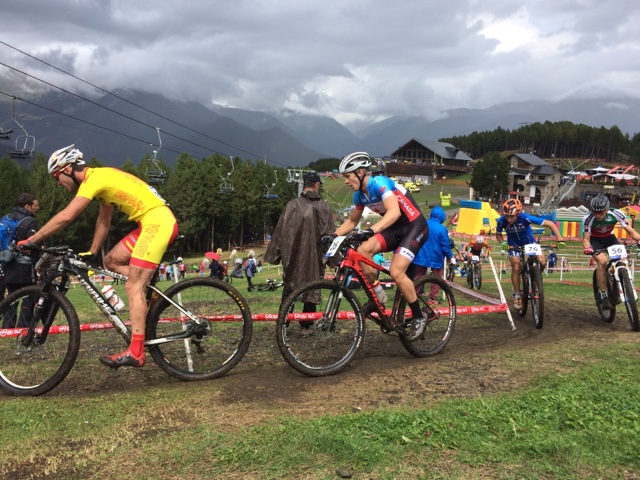 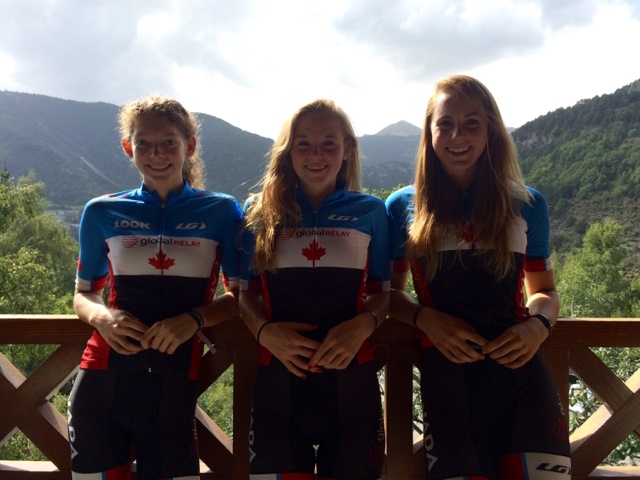 That night I finally hit the vomiting stage of my sickness, and for the next few days I couldn't eat anything without feeling sick.
One day later, I had to leave Andorra early to head back to Canada for university at McMaster! It was really great to see my family when they picked me up from the airport, and we celebrated my dads, Carter's, and my own birthday in Hamilton. (Fun fact: my dads birthday is Sept. 5, Carter's is Sept 6, & mine is Sept 7! And my moms is Sept 11!) It's also crazy to think that I am officially an adult now as well... But not like I'm going to act like one!
Going straight to university from Andorra was quite the whirlwind, but after one week I'm starting to get comfortable at McMaster.
Exciting news:
I'm on the McMaster varsity xc running team!
I will be focusing on running, along with my cross season training for the next couple months. 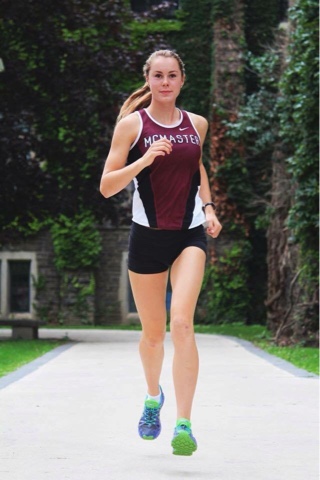 I already can't wait for next season!!! As of now, I am officially a U23! Wow I feel old...
MASSIVE THANK YOU's
I want to say a MASSIVE THANK YOU to everyone who has supported me this season! I have had some of my best races this season, and have had some unfortunate races due to crashes and bad luck. Those great races along with the bad races have given me so much to learn and improve from, while I fall in love with my sport of mountain biking more and more every day.
My second year on the Trek Canada Mountain Bike Team was even better than the first with such a strong Trek family with Barry Near as our hero!
My training with coach Kevin Simms was outstanding as he puts so much time and effort into his athletes improvement and enjoyment of racing.
Thank you to Hammer Nutrition for fueling me all year, Back to Function in Orillia for physio treatment, Smith Optics for my favourite glasses, World Gym in Orillia for an outstanding training facility, and all my family and friends for being there with me every step of the way!
Posted by Soren Meeuwisse at 05:51 No comments: