Eastern Canadian Championships was held yet again at Nakkertok, and yet again I travelled to Ottawa to race for the weekend with Team Hardwood. However, this was no ordinary year because I had some of my best ski results yet!

Team Hardwood sure got pampered this weekend in our HUGE houses that we rented! All of the older athletes got to stay in our own house, and that in itself made the weekend amazing.  Not to mention the copious amounts of food that were at our every whim.

A 3km interval-start skate race kicked off the weekend on Friday with a fast and fairly flat course. Most skiers say that 3km is one of the hardest distances because it's too short to really pace or get into a rhythm, but it's also too long to treat it like a full out sprint. It's about a 9min race, and every half a second could win or lose a placing. 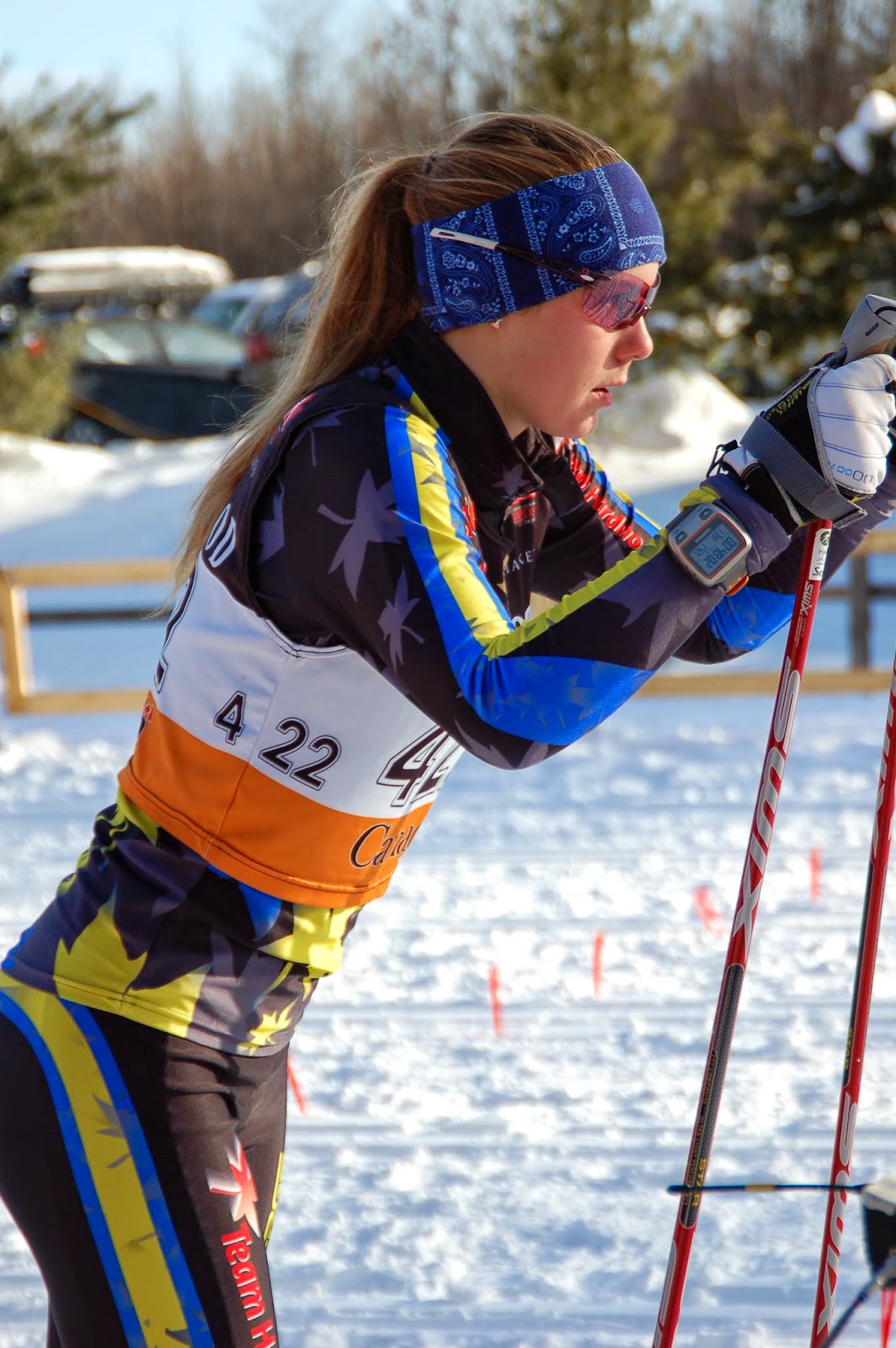 There really isn't much to say about this race aside from the fact that I went, and excuse my profanity, balls to the wall from start to finish.  Usually, at the end of a race I try to act somewhat civilized after crossing the line in the midst of hyper-ventilating, adrenaline and hormone raged girls just staying on their feet long enough to dive bomb/spastically fall on the other side of the finish line.  But Friday was an embarrassing exception.

Yup, that was me, arms and legs flailing then crashing to the snow, sprawling there like some invisible person is performing defibrillation on my chest, making noises of a rooster-hyena hybrid. (Not to mention while an official is trying to get the bib off my back and move me out of the way of incoming racers)

I'd like to believe that this all occurred because of my beyond-normal effort on the trails (which is probably 90% true), but it also feels pretty great to just let loose like that sometimes. What can I say, I'm a reckless kinda girl... 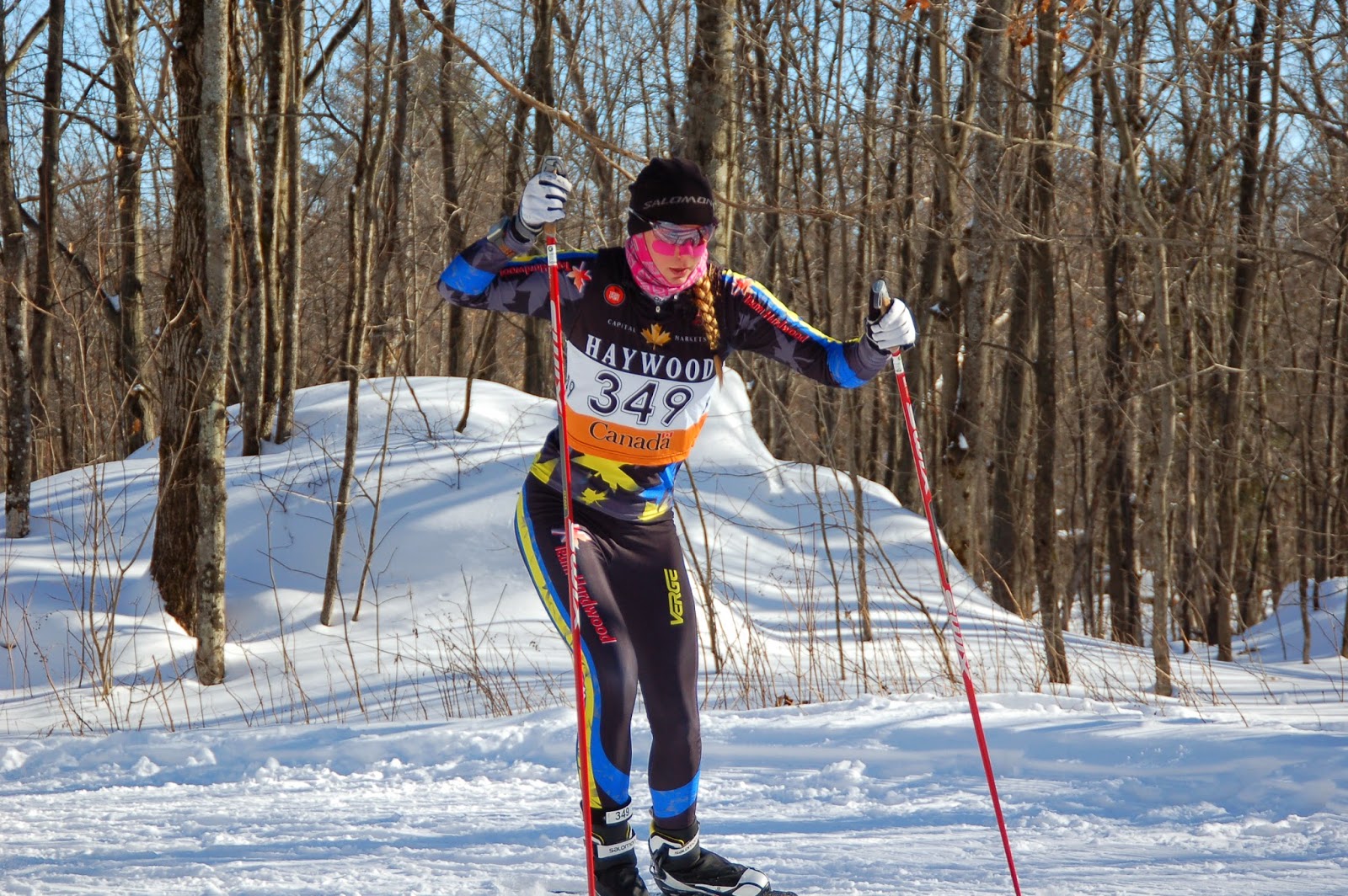 So after I calmed my systems down, I leaned that I finished 3rd!! Saying I was on top of the moon is an understatement because I'd never won a medal at a ski race bigger than an Ocup before that moment!

Saturday turned out to be a tad more difficult pre-race because the weather was so cold. Everyone was unsure whether we were going to race at all, or if we did we would only go zone 2 so we don't ruin our lungs while gasping for freezing air.
Thankfully, the temperature warmed up and I was given the a'OK by Ron to go hammer it.
And that's exactly what I did! The race was an extremely hilly 5km interval-start skate race, which is the type of race I train for the most.
I went into it with a good mind set, and also came out with a good mind set (and jello-feeling legs) to finish a strong 2nd! Again, topping my best ski result. 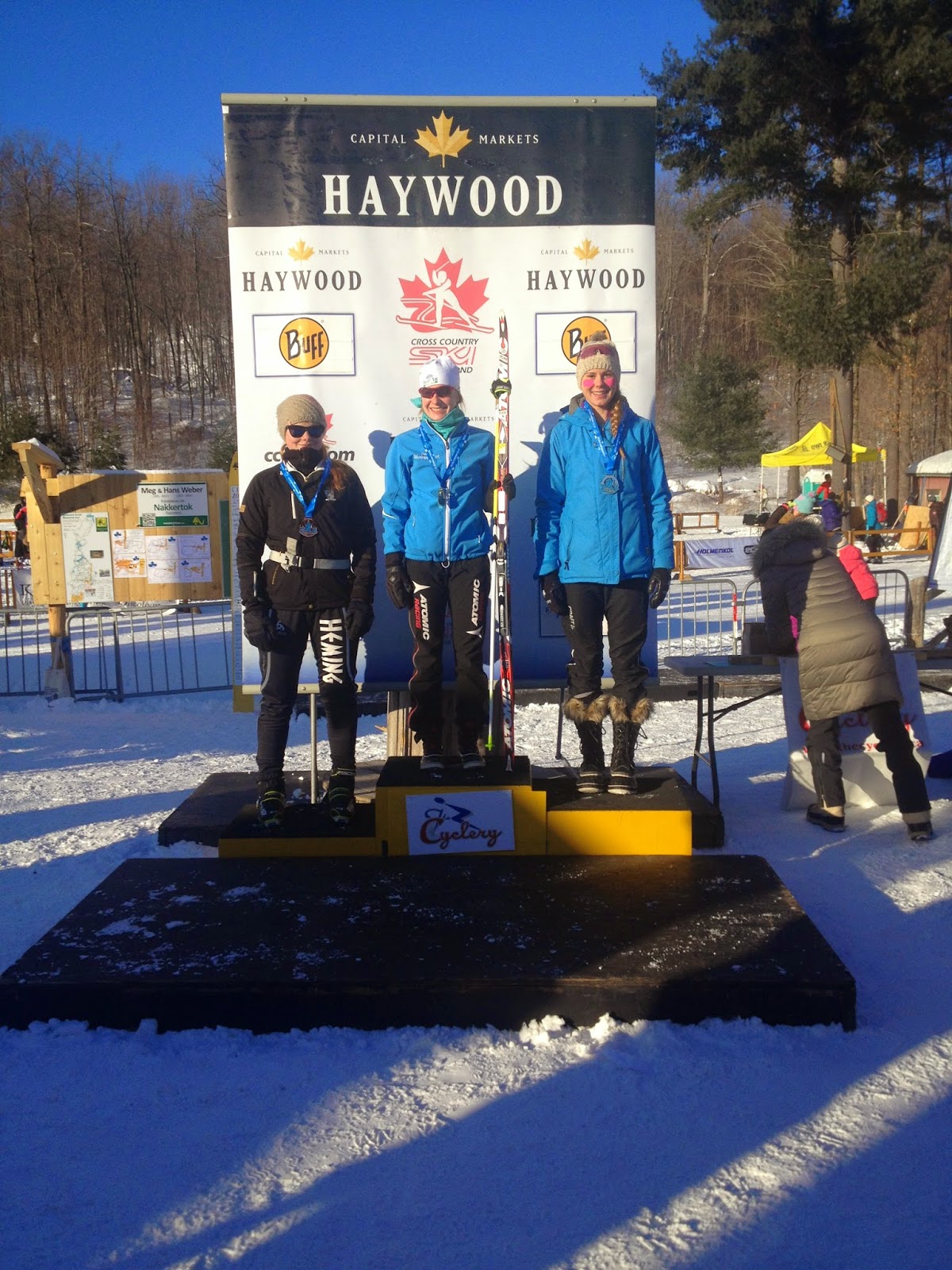 The final race day was a 10km classic mass start which got shorted to 5km because of the cold temperatures. I was upset about this because mass starts are just a compete scramble zone if the race is too short, and nobody really gets into a pace.
I was ranked 3rd on the chevron start (first time ever being on front line at Eastern's mass start!), and got to wear the Ontario cup series leader bib for the first time ever!! Needless to say, I felt pretty rad on the start line. 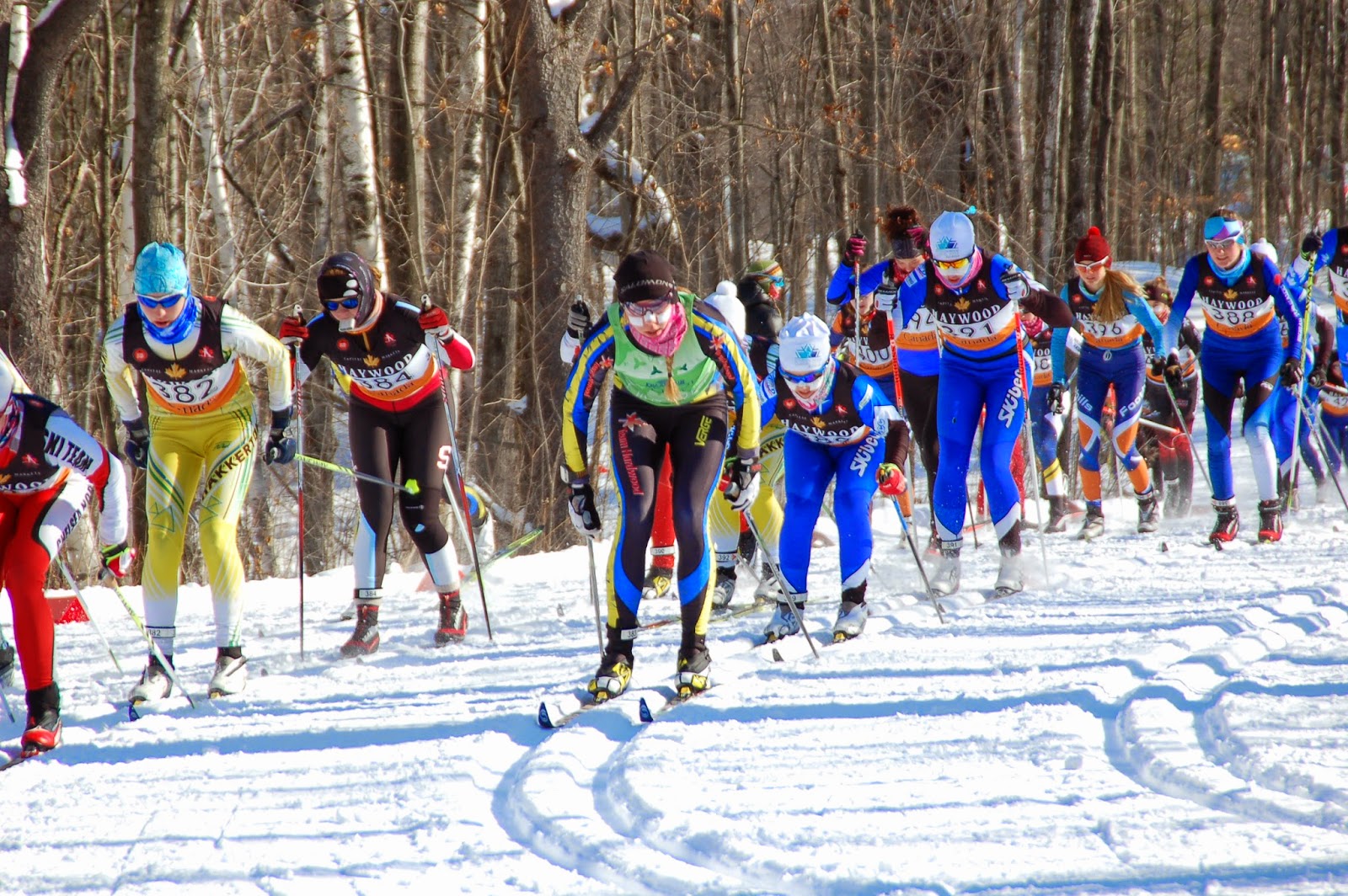 I accomplished a goal of staying in front off the start, and was with the lead pack all throughout the race. There was about 8 girls, all switching places throughout the race and battling it out up the MANY climbs.
I found myself in 1st leading into the last climb of the race and was completely mentally freaking out I was so excited.  Then I got passed like I was moving still... so there I am in 2nd, on the heels of first place at the top of the last climb just over 100m from the finish...
.... and 10 seconds later there I am face-planted in the snow.

﻿﻿It was the last downhill/sketchy corner of the course and I could SEE the finish line.  I scrambled to my feet while being passed by what felt like 50 (really only 3) girls who all had kept their momentum down the hill.
﻿﻿﻿

I gave it all I had for the last 20seconds of the race, but I felt very defeated and frustrated crossing the line in 5th.  It's not that I'm not happy and proud of my self for finishing 5th (which is still much better than I usually do), I was just disappointed that I blew my chance at a podium finish or having a sprint finish for gold.  Also, as I consider myself a mountain biker, my ego was a bit shattered as a result of my poor descending skills.

But other than my last 100m, that was definitely my best classic mass start race I've had, and I know that's what I should focus on! I'm ecstatic with my race in general, and as for the end: the one who falls and gets up is so much stronger than the one who never fell.

Posted by Soren Meeuwisse at 12:19 No comments: