It finally feels like I'm really in the ski season again since I'm getting used to the -20 degree weather, my shoulders are bigger (getting buff), and I've just finished racing my first Ontario Cup of the season at Duntroon!

I raced last Thursday, Friday, and Sunday,  and got to see my skiing friends who I haven't seen in almost a year! It was an amazing weekend seeing all my friends again as well as doing way better than I had expected in the races!

I'll keep the race stories to a minimum...

Thursday was a 5km interval start classic race, and I found it tough not knowing the course before hand as I didn't get a chance to pre-ski. In the end, I dealt with this uncertainty well and ended up winning by almost a minute! 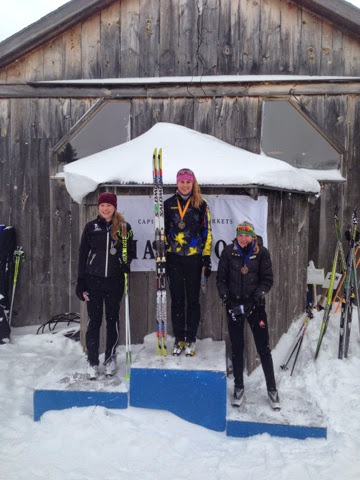 Friday was a classic sprint day, and it begun well as I won the qualifier... In the worst blizzard I've ever been in!!!

The quarter and semi final heats rolled by smoothly and I was ranked first going into the A Final. However, I didn't have a great start then, and since there was only one track as a result of the heavy snow fall, it was almost impossible to pass on the open and twisty 1.1km course. In a failed attempt to pass, I got caught up in deep and slow snow down the final stretch. 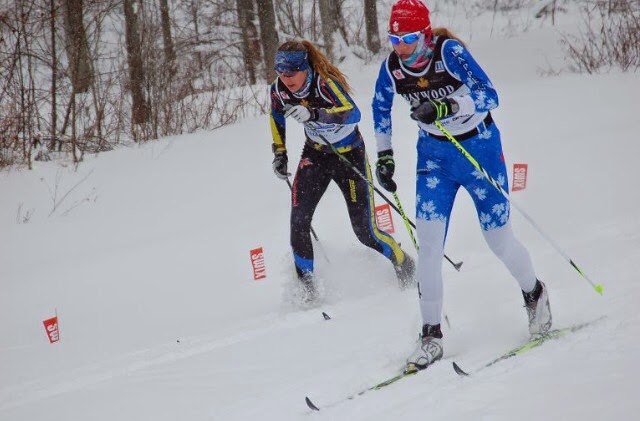 Even though I didn't race that heat as well as I has hoped, I was still very happy with my result as I finished 3rd!

Saturday was a day off as the 19+ ages races their sprints, and then Sunday was a 5km interval start skate race! Again, I didn't get to pre-ski the course so didn't really know where I was going and when to push it or recover. Thankfully, my dad was near the top of the last climb to yell, and I quote, "GIVE IT EVERYTHING NOW!!!" 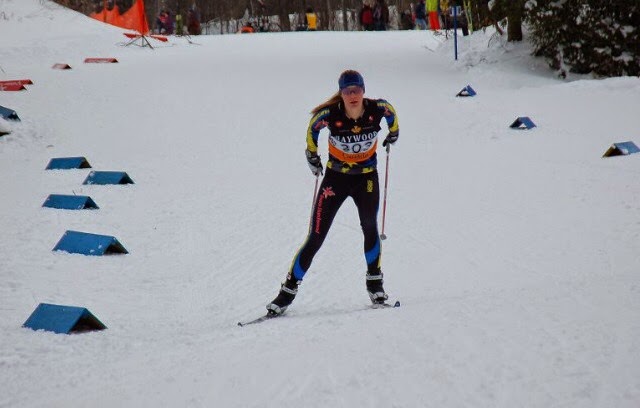 I did just that, and ended up winning my last race of the weekend!!

Now I have only set myself high expectations for the rest of the ski season ... But I am just hoping to have a great time on the snow before getting back on the bike.

Thanks to Ron and my dad for being amazing coaches this past weekend and Team Hardwood for being stellar wax techs!  Next ski race is Eastern Candians at the end of January. 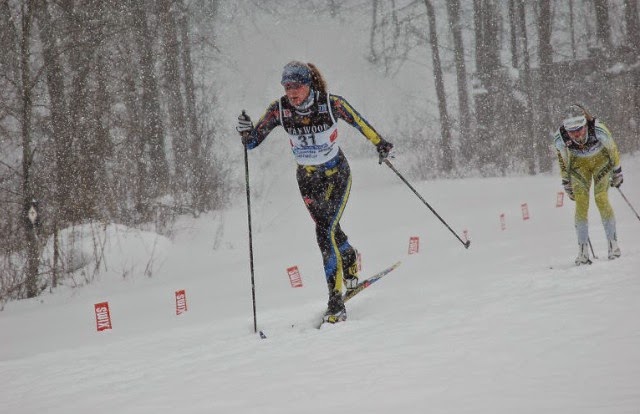 Posted by Soren Meeuwisse at 18:38 No comments: