As 2014 wraps up and everyone thinks back to the big moments in their year, I would like to thank all of my supporters because they helped make my big moments possible.

This has been my first year on the Trek Canada Mountain Bike Team, and I already feel as though I have been on it for many years.  I am truly honored to be a part of this amazing team, all thanks to Barry Near. Also, Zach Hellreich has been a stellar mechanic all year!

Kevin Simms, my coach, deserves huge recognition for all of the extra effort he puts into his athletes, including myself.  He makes training that much more fun, even on those tough days. 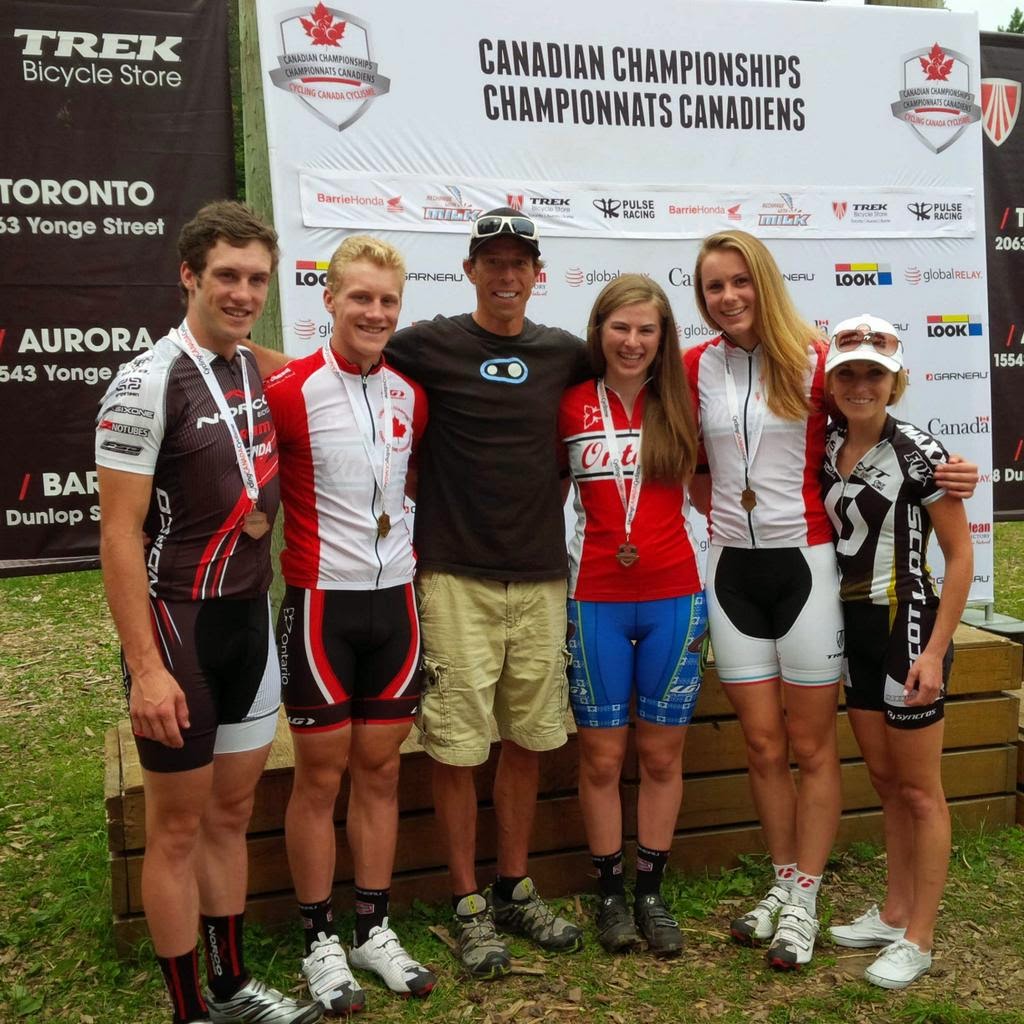 Thank you to everyone from the OCA for running unforgettable training camps and the immense support.

Thank you to Salomon and Team Ontario Skiing for the support during my ski season!

Shout out to Morning Glory Cycling Club and Smith Optics for further enhancing my cycling season.

HUGE thank you to everyone who donated and helped me on my journey to World Championships in Norway!

And last, but definitely not least, thank you to my family and friends for being there for me on and off the bike.

Here are a few pictures of my 2014 highlights!


Posted by Soren Meeuwisse at 18:27 No comments:

At the beginning of the holiday break I travelled down to Vermont with Team Hardwood for our first race of the season! We all stayed in absolutely gorgeous cabins and the ski trails were probably one of the most fun trails I've ever been on. Lots of really long climbs dominated the course, but after each climb there was a twisty, icy, fast downhill.  The slippery man-made snow on the course made these descents even more nerve-racking (especially on the mass start day).

The first race was a 5km interval start classic.  Like always at the beginning of the season, I feel like an uncoordinated monkey trying to get grip on classic skis.  But overall, I was fairly happy with that race! It was hard to get an idea of how I truly did in my races because it was an open women category (16 and above). However, it was pretty cool to be ranked next to some of the fastest US skiers though. 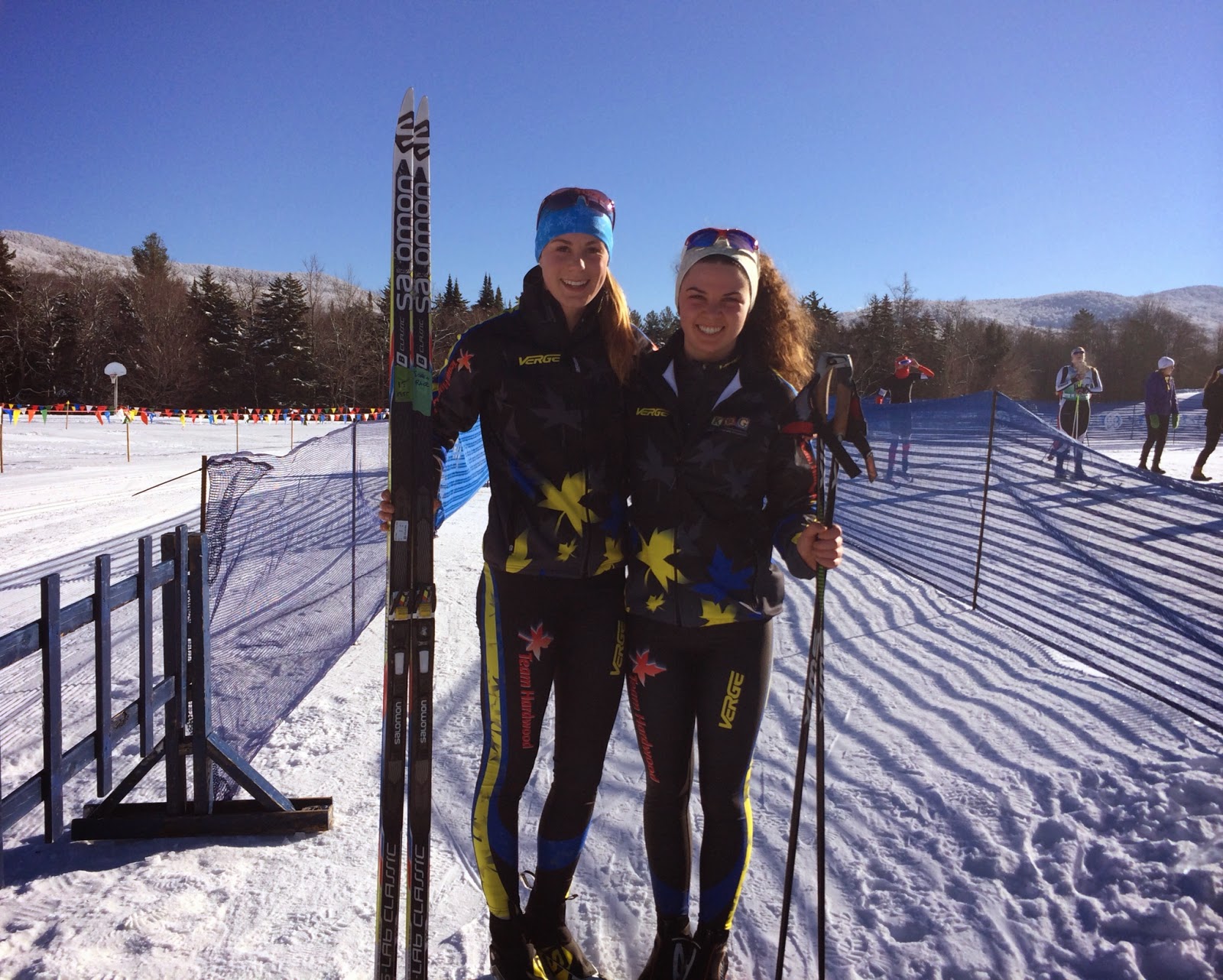 Jessica Roach (new team member and coolest gal ever) after her first race on Team Hardwood and on classic skis!


The second day was a 10km mass start skate race, and let me tell ya, THE biggest mass start of my life! About 150 women, 7 skiers wide on the start grid.  I was wearing the 99 bib, so being so far back, it was my goal to work on my passing skills.  But this race was not without its crashes.  About 50 metres from the start line, the field had to funnel into the trail where it dipped and made a right turn.  As you have may already guessed, yes, there was a domino effect from one front skier that fell and took out the rest of the pack.  Dan Kerr took a video of this and you can see it below! Look for the girl in the pink headband that falls right in front of the camera (me).


The race went really well after this actually, and I felt really fresh up the climbs.
Thanks to Ron Howden for being such a great coach! And thanks to the waxers for fast skis! 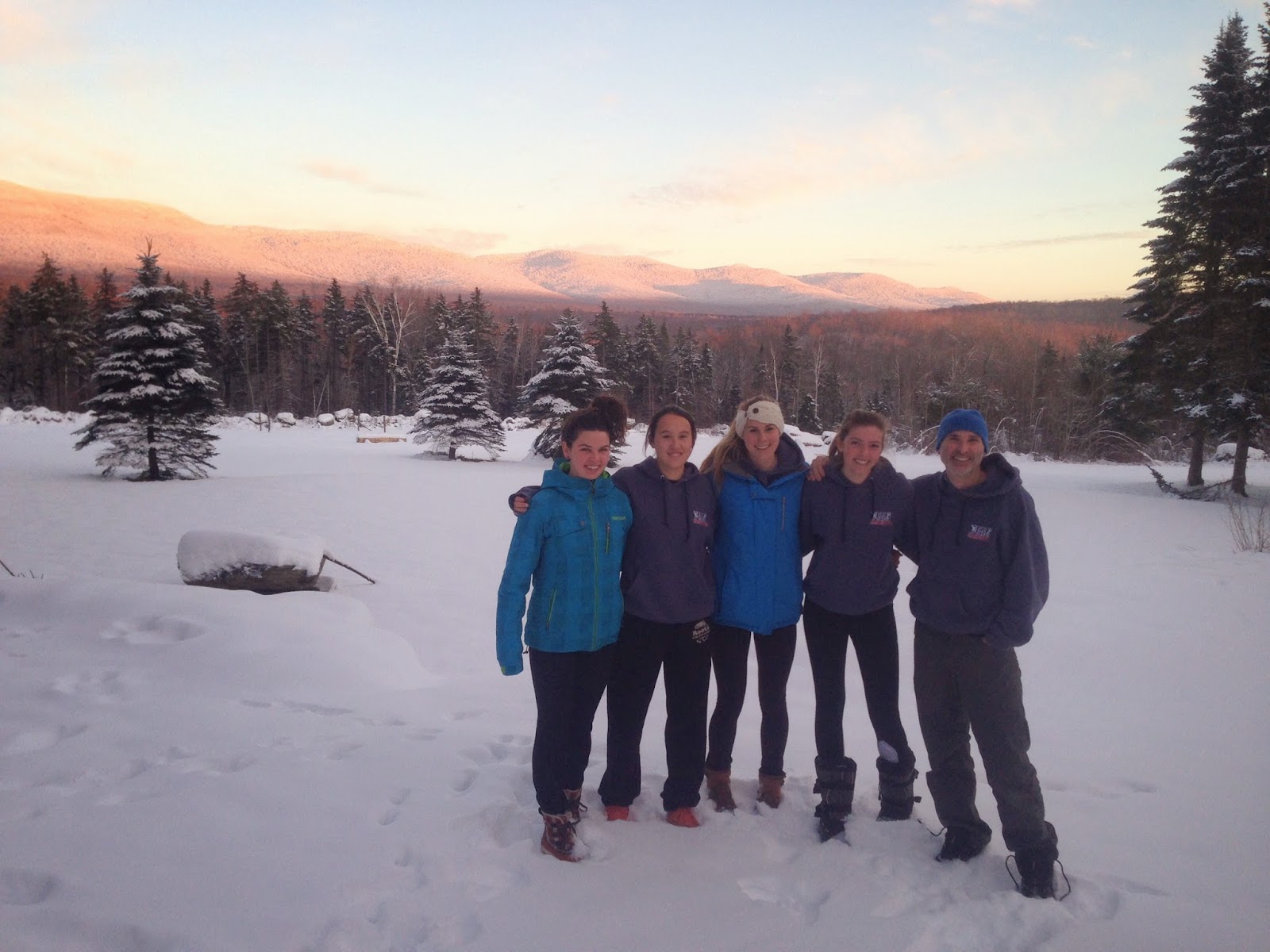 So I've made the big switch from Tumblr to Blogger! I had to breakup with my other blog gently, but I am no longer using my Tumblr blog anymore.
However, I am leaving it up as a summary of my 2014 year! ( CLICK FOR OLD TUMBLR BLOG HERE )
Posted by Soren Meeuwisse at 17:04 No comments: